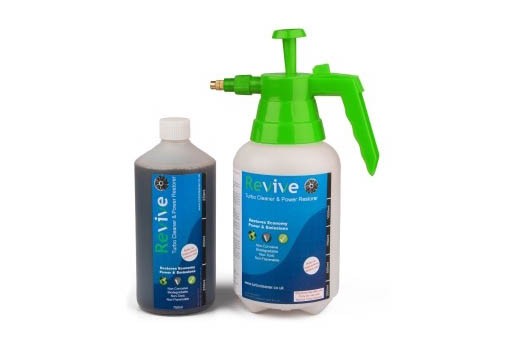 *Special Discount Code at the end of the article.

Since VW introduced the ALH motor in 98 with the New Beetle and 99.5 With the Jetta/Golf the VNT or Variable Nozzle Turbo (also called Variable Vane Turbo) we have had issues with carbon buildup in our engines and turbos. The normal route to take care of the problem, such as on a mk4, is to take the turbo off of the vehicle, take it apart, and then clean the carbon buildup out of the vanes by hand. I have done this process numerous times and it is a pain. Removing the bolts that keep the turbo together can be nearly impossible.

The solution we are discussing today offers VW owners, and other diesel owners hope of an easier way. The Revive Turbo Cleaner is a water based non-toxic, non-flammable, substance that is sprayed into the intake of the turbo and goes through you engine clinging to the carbon deposits, breaking them loose, and remove them from the engine. Loads easier than removing the turbo. 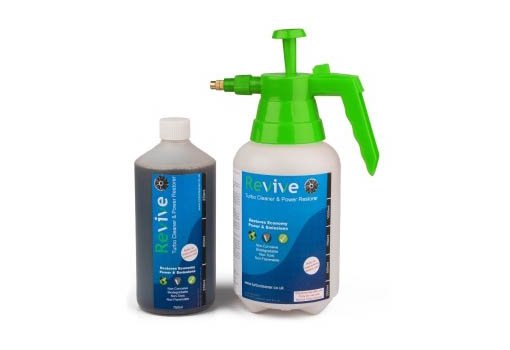 I first learned of the kit through an email in one of my accounts from AutoWorkshopSupplies.com. I contacted the owner of the  site to talk about Revive and he offered to send me a kit to try out on my car (which is the kit in the video).  When the kit showed up I took it out of the box and looked it over. The kit comes with a spray canister and bottle of cleaning fluid as well as instructions and a ‘serviced on’ sticker where you can track when the product was used on your car. Pretty simple stuff but some of the best solutions are the simplest.

My daily is just your basic MK4 TDI. It serves me well but doesn’t get all of the love and attention that it should because I would rather spend my time working on VWDiesel and dreaming up cool new projects. For example I have 2 American Racing wheels on the car that were on it when I got it, a factory 5 spoke wheel, and a factory spare because I have been meaning to get a set of Audi Fat Fives thrown on it for several weeks now. Such is the life of a mechanics car.

To start the process I wanted to make sure my turbo vanes were actually moving so I reached behind the motor and pushed the turbo actuator by hand. It moved free enough but I could tell there was a good amount of gunk in there.

The whole process for using the revive took maybe 15 minutes not including the drive time. Luckily my wife was working from home  today and she was able to help rev the engine up. This saved me from using my redneck engineering skills to expertly rig up something to hold the accelerator pedal down for me at 2500 RPMs. So special thanks go to her. 😉

I wanted to try to get some hard data on the results of the Revive Turbo Cleaner verses relying on the ole’ ‘butt dyno’ which doesn’t translate well over the internet. So I fired up VCDS and took some videos of the Specified Boost (red in the graphs) and Actual Boost Green in the graphs. But I can really tell a difference in the before and after just by driving it. I live in a fairly hilly area and the car would sometimes go into limp mode when pulling up some of the hills if I was hard on it. I couldn’t make it go into limp mode after the treatment, and areas that I used to have to downshift into 4th or 3rd I didn’t have to now. 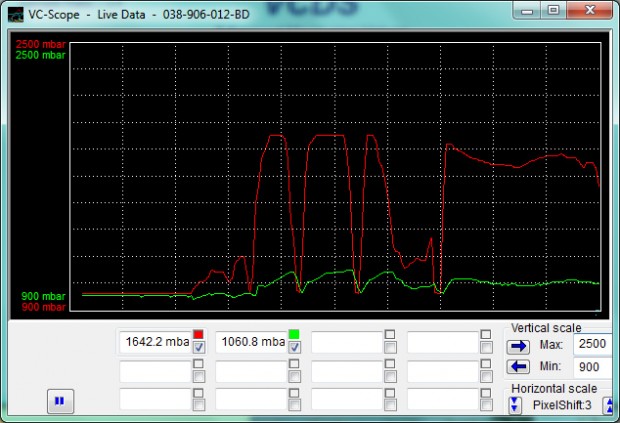 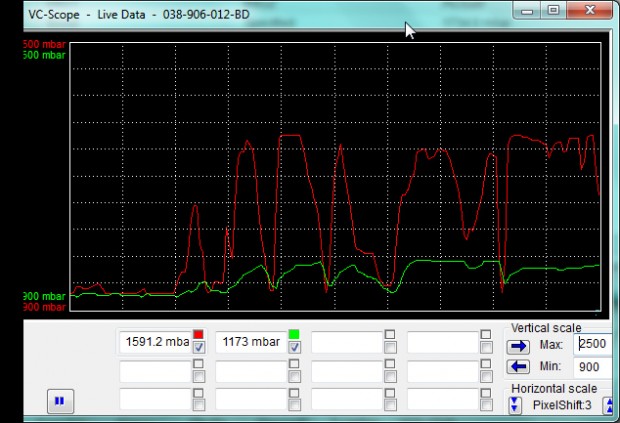 These graphs are taken over the  same spot of road and you can see in the after version I get almost a whole division more on the graph from the treatment.

The car did blow white smoke for about a quarter of a mile after the treatment and ran kind of iffy for a bit till most of the solution was burned out of the engine. This worried me for a second, but my fears soon melted away and I began to enjoy some of my returned horsepower.

The Revive system will not fix an engine that has physical issues such as a boost leak or rusted boos actuator. But if your engine suffers from the normal carbon buildup that most diesel engines now suffer from this is a great solution that I would much rather use than physically cleaning out the turbo, or using the less than professional oven cleaner method for cleaning your turbo. Colin the owner of AutoWorkshopSupplies.com has given us a special code to get 30% off till December 7th and then 20% off after that. Just use the code vwdieselnet at checkout to have the discount applied. We are super appreciative of his kindness and just in time for the holiday season. 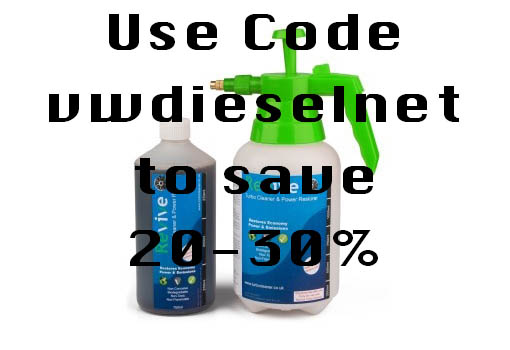