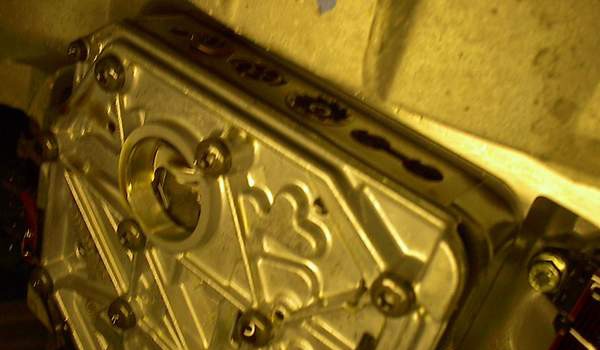 Its no secret that MK4 automatic transmissions suck. Even brand new from the factory they sucked. Time has not been kind to them un like a fine wine.

With the lack of maintenance that most of them receive many of them on the road are just one good firy burnout from dying.

The car I did this on procedure on was an 02 Jetta TDI wagon I got in trade for a Beetle that i have used in some videos on the site. He said the trans was bad in it, and I had planned on 5 speed swapping it anyway (also to do a video on) so I didn’t really care.

Just for shitzngiggles I decided to change the fluid and try the Kerma Mod on it to see what kind of difference it made. And I was pleasantly surprised.

The car was pretty sluggish driving and took a while to get up to speed but drove fairly well. It wasn’t horribly bad, just annoying and slow. After the trans fluid and filter, a half a bottle of Lucas transmission stop slip, and boosting the line pressure up 20 clicks it was still slow… But not agonizingly so. Wnhich was a marked improvement.

The car drives pretty normal now and I’m almost half tempted to drop the transmission pan again and bump it up another 10 clicks.

While the pan is off of the car and looking at the valve body there are a series of holes on the valve body next to the bellhousing.  The one that is about in the middle is the one we are going to adjust. The space is tight so I had to cut off about half of the length on the short side of a 3mm allen wrench to fit it up into the space. 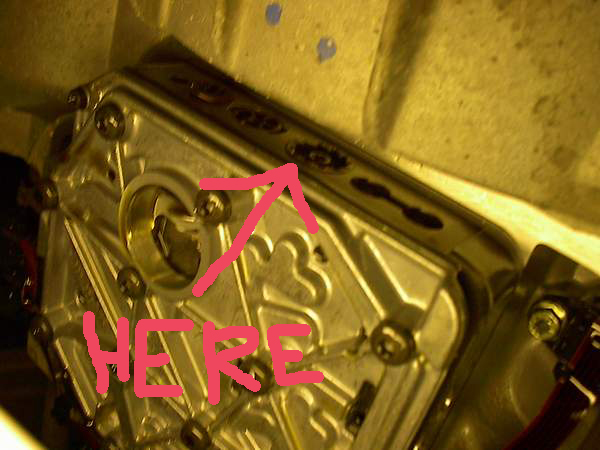 With the allen wrench you insert it into the yellow/orange wheel in the center and screw it in 15 to 30 clicks. I did this car at 20. Then put the filter and pan back on, reset the TCM and test drive it. The photo has been borrowed from the original post on TDIClub.

Now I know this may be a little confusing so here is a video I took on the fly while doing this procedure.

Here is the original post on TDIClub talking about the mod if you want to read into it more.

If I end up not 5 speed swapping this car for a while I’ll update this post with some long term driving after upping the line pressure in the transmission.