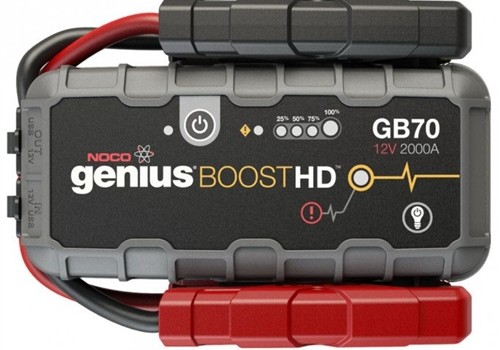 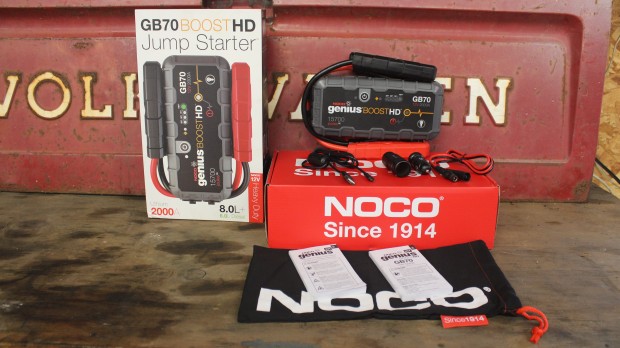 NoCo has  been in the battery business for almost 100 years now, so its safe to say they know what they are doing. The Genius Boost GB70 is an expansion to their Genius Boost product line which currently features the GB30 jump starter which is rated at 12V and 400a. The GB70 is rated at 12V and an whopping 2000A and the upcoming BG150 will be rated at an astounding 4000A starting capacity.

The BG70 is able to start most commonly available gas engines and is rated at up to a 6.0L Diesel engine. In our test it was able to start a 99 TDI Beetle with a battery voltage of 1.5v in under 3 minutes of charging time which is about as good as a plugged in large sized jump box.

The GB70 features solid construction that is guaranteed to last for years of use and abuse. Removing the BG70 from the box I was surprised by the weight and feel of it. It is probably 4 lbs or so of solid batteries and though plastic feels, like you could drop it off the top of a ladder and not worry about it. The battery clamps are also heavy duty though a bit bulky. I tried to twist them back and forth in my hands to break them and they have very little give to them. The jaws didn’t distort through my abuse. The thickness of them makes it a little hard to get into the tight spaces of the Beetle battery area, but in a Jetta or Golf this is a non issue.

The variety of power options on the GB70 are where it shines. It can be charged with a normal cigarette port in your car, or through a micro usb cable as found on many Android devices. The 12v charger charges at 3A allowing you to charge the pack and  jumpstart a car from a dead battery in 15 minutes, fully charged in 2hrs. Also handy are the power out ports on the unit. The same 12v cable can  be plugged into the power out side, and with the supplied adapter, it can charge your 12v devices like a power inverter, dvd player, coffee maker, etc. It also has a USB port for charging your phone or other USB devices as well. This is a great feature for me working out in areas where power isn’t available and I’m away from my car for an extended period of time. The little battery packs you find in stores don’t like my Note 4 very well, but the GB70 will charge it up numerous times and still have power to spare. The GB70 has enough power to air up 5 truck tires with a portable air compressor according to NoCo literature.

This Little Light of Mine

The light on the front of the GB70 is also above average for a light on a jump pack. Its very bright and as a good spread on it making the task of working on your car at night a lot easier. It has several intensities and strobe patterns and also has the ability to only light up half of the available LEDs to stretch out available battery life. The other indicator LEDs on the unit are easy to see at any angle 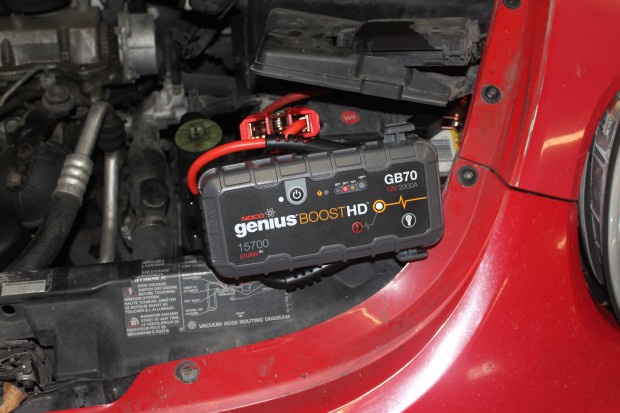 The GB70 is stated to be able to start up to 10 vehicles with low battery on a single charge. My guess is 9v-11v  which is the average range for a vehicle not to start. The Beetle used in our test was at 1.5v. The interior lights or cluster lights or gauge wouldn’t even come on in the car. It too about 3 minutes to charge up the battery enough to start the car. Just long enough to check Facebook and post about having a dead battery. Unfortunately the test vehicle has an Immobolizer issue and kept shutting off, but thats one of the reasons its in for repair. Starting it seemed to draw down half of the battery as indicated on the level meter. But this is a more extreme instance and you have to put the pack into a manual override mode to get it to start a car below 2v. I plan to do more test on cars with slightly low batteries as time goes by to test the 10 start claim. As well as starting a diesel with a 1.5v battery when it gets below 0 here.

Should I buy it?

Thats an easy one. If you are looking for a quality heavy duty jump pack then you should buy the GB70. Pricing on the GB30 is $150, but the website has a $50 off promotion right now making it a great deal. I think MSRP on the GB70 will be in the $250 to $300 range but will edit this post once it is released and confirmed. It is a quality product that will be around for years to save your bacon or the bacon or countless other friends and coworkers who get stranded with dead batteries. 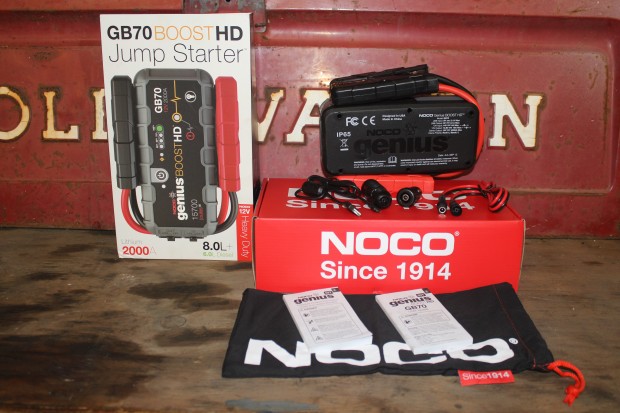 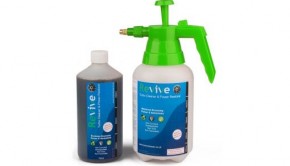