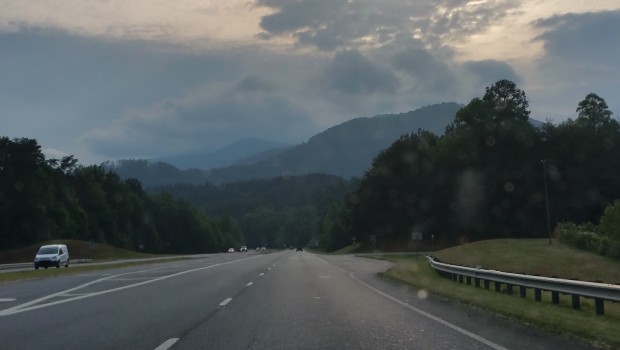 I hadn’t planned on going to SoWo this year. I’m not that cool.

It started with getting invited to hang out with some companies that I have been working with at VWDiesel and getting to meet them and put faces with names. I was pretty flattered quite honestly. So I began talking with my wife about going down. It was pretty late notice, about 2 weeks before the show, and I figured that all of the hotels would be booked. Luck shined in my favor and a friend was no longer going and his rooms were available. Booyah!

But, before we could make  the move he canceled the rooms because he hadn’t heard back from me.  So I started looking for other options to make it down there with my wife and 3 year old.  After much back and forth we decided that it would be too hard on Max to be at the show all weekend and that it would be best for me to go by myself. This decision wasn’t an easy one because in my almost 4 years of marriage my wife and I haven’t spent a day apart. She is my best friend and love always having here at my side, but sometimes you have to make the hard choices and this was one of them.

So now that I’m going down there by myself where am I going to stay? The back seat of a Mk4 Jetta sounds pretty homey doesn’t it? Luckily it didn’t come to that and a friend of mine offered me the couch at his place. Awesome.

The Thursday before the show was a busy one. Up at 6 I got my stuff packed and had to work on the car. I did a timing belt on it and some other maintenance stuff I had been putting off and then packed up the car with everything I could possibly think of I might need. Between being an Eagle Scout and a hoarder it gets bad sometimes.

After spending the evening with my wife and a tearful goodbye I headed from Bedford, Indiana down to Louisville, Kentucky around 10:30pm to meet up with some friends and head south.  Arriving in Louisville at midnight we were loaded up and on the road 45 mins later. 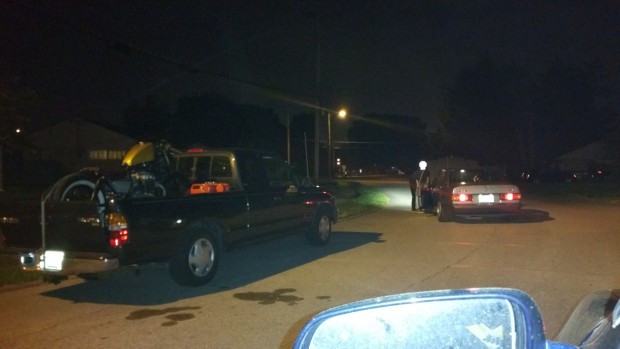 Halfway through Tennessee the sleep monster set in, and bad too. Thankfully a 3 for $5 special on another type of monster keep it at bay and the miles kept ticking on… and on.. and on.

4:30 or so I got sleepy again and decided to listen to ‘East Bound and Down’ on YouTube which proceeded to be stuck in my head for the next 5 hours. This easy 8 hour trip was taking longer because we were meeting a guy to sell some MK2 seats to somewhere else in Georgia.  We met him at 5am at a Waffle House and off in the distance I could hear banjos playing. He bought us all breakfast though so it was all good.

Belly full and coffee flowing through our veins we headed on in for the last leg of the trip. The scenery was quite beautiful as we entered the mountains. Trying to take pictures was not an easy thing to do after being awake for 24 hours and driving 70mph. I swerved a bit. ‘Just missing a pothole’ is what I told my friends. 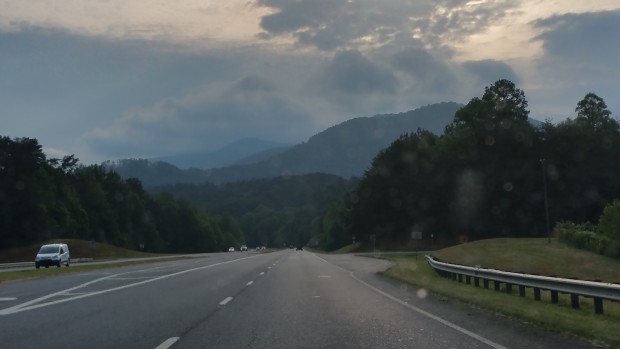 The last little bit of the trip required driving the 13 miles over Georgia 348. An awesome ribbon of pavement designed to be pushed at full speed in a M3, not a fat guy half asleep in a stock MK4 TDI with a boost leak. Third gear was about the best I could do between the lack of sleep and lack of horsepower. But I made it and we rolled into Helen around 9:30 in the morning. 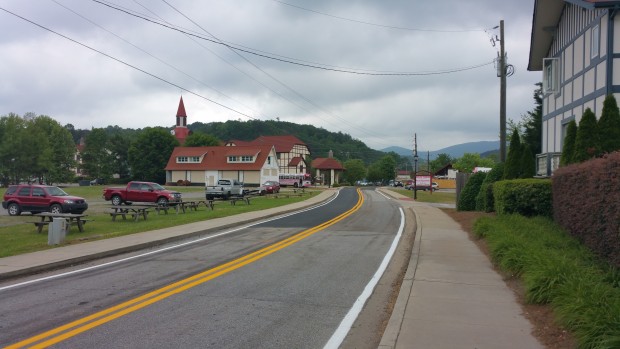 Pulling into Helen with lots of people having already arrived is almost magical. As if everyone in the world was a masochist and decided to own a Volkswagen. Its kind of great. People walking up and down the street waving at you and your car. The random idiots screaming ‘Do a burnout’. And about every R32 ever sold. I can’t comment about all of the stupidity of Saturday night that happened. I wasn’t there for that but the YouTube is full of it and so is Facebook. What I can comment about is the great time I had and the overall positive attitude everyone had that I met.

After arriving and being passed by people walking down the street because traffic was so bad I managed to find my friends cabin and meet up with him. Later on we went and met up with Matt Bounds the organizer of the show. I had a chance to meet with Matt and interview him for the podcast a couple weeks earlier so it was nice to meet him face to face. I’ll have the podcast live here in a few weeks and will update this with the link to it. There were several vendors setting up on the outside of the main show field and I had a chance to talk to a lot of them sharing VW stories and just having a good time.

I finally crawled into bed around 11:30 that night after being up for almost 40 hours. Even this wasn’t a simple thing to do. I left the condo to go talk to my wife and wish my son goodnight. While I was out my friends went off to go have some fun and locked the door figuring I was out doing the same thing. Exhausted and delirious I  thought it would be a great idea to try to sleep in the back of their Kubvan. After 30 minutes of sweating in a heat box and listening to burnouts on the street I had to come up with a new plan. ‘Maybe the left the back door unlocked because it is on the second story’ I thought to myself. So I went around the back of the condo to climb up there. Using ninja moves somewhere between ‘Spiderman’ and ‘Fat Albert’ I made my way up to the balcony only to find out that the door was locked too. Great. Sizing up my options on getting down I decided to just sleep on the back porch until they got home, but hey sleep is sleep.

Saturday was the big day. And I won’t bore you with the details of what I did, so instead I’ll just show the pics. I spent most of my time in the show area and not out in the town so I don’t have a lot of stuff showing the cars on the outer reaches but feel free to post them up here in the comments for all to see. I spent a lot of time with the guys from Smyth Performance and did a photo shoot with them which will be posted later. Had a great time hanging out with Sal and Perry from S&P. We cruised around town in their Kubvan and I got to sit in the back of it with the hatch opened. It was pretty awesome.  Also had a great time hanging out with Andrew Rodriguez of fixmyvw.com and Mark Malone of Malone Tuning and Ken Duncan of Buzzken Exhaust as well as Sal and Perry who let me stay with them of S&P Automotive. They were all super guys to hang out with and met a lot of you guys from VWDiesel there as well.

And now what you came for; the piktars! These are completely unedited. just resized down and uploaded.